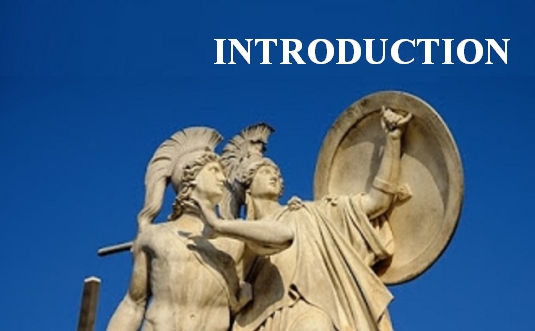 “Effectiveness of the Law of  Origin”
described in the paper on this site acts
to everyone regardless of differences
in nationality, ethnicity, gender, age,
wealth, educational background, status
etc.  It also works regardless of religious
differences.
The important point, however, is
that the papers on the site is not
written for the spread of Buddhism.
What I am talking about is about the
law called “Buddha-Nature / the Law of
the Origin” that was born and awakened
in the Buddhism civilization, so that
it may be thought as it speaks for the
spread and introduction of Buddhism.
But that is not the case.
This paper is written to study the law
which Buddha preached as “General law”
academically and introduce it to the
world. And I write because I think that
it will help to contribute to the realization
of international peace and international
cooperation and the happiness and
prosperity of each individual.

Buddha realized this law, Buddha-Nature
/ the Law of Origin as “General law.”
However, its name was the Buddhist term
“Buddha-Nature.”
This is because in this era — especially
in the pre-modern era — for those who
found the truth, there was no other
way of expression other than the
language of civilization and religion
used in the state to which they belong.
For example, if a Greek person discovers
a certain truth, that truth was expressed
in Greek which was strongly influenced
by Greek civilization and its religion.
If it is the era of Roman, it was expressed
in Latin. And in the days when Christians
were state religions — from the Middle
Ages of Europe to the Early Modern Period
— Even if the discovered truth was
a “General Truth“, it was expressed in
Christian religious terms. This situation
does not change in Buddhism, Islam, or
any other religion.

When the age enter into modern,
in order to study the truths found by
these geniuses purely academically,
they have often been studied
objectively outside the framework
of civilization, religion and state.
Then, it was examined in detail
whether the truth is a truth that
applies only to a specific religion,
civilization, or nation, or whether
it is a truth that leads to the general
phenomena world and its movement,
etc. In addition, whether it can be
explained scientifically was also
an important verification item.
It was “Study of Religion”(1) that
was born in this way, and other study
of Religious Sociology and
Comparative Religion.
Such studies are still conducted at
research institutes of many prominent
universities in the United States, where
research on religious thought and
philosophy is carried out under
scientific thinking method.

(1)Study of Religion was originally part
of Christian theology, but later became
independent and became a study of
ideas, religions, and philosophies in
fields other than Christian theology.
Historically, this has a deep connection
with “Colonialism” in the 19th and
20th centuries. The western civilizations
that ruled much of the colonies—
the Western powers—needed to
theoretically study the thought and
ideas of other ethnic groups. Along with
that,  a momentum to study non-Christian
religions and philosophies academically
occurred.

The word “Buddha-Nature (the Law
of Origin)” in my paper is also for
the purpose of examining it as
a General Truth outside the scope of
Buddhism, and it is the same as the
position of Study of Religion or
Comparative Religion.
However, I sometimes draw Buddhist
doctrines and literature in my paper,
or talk about the history of Buddhism.
However, that is only for research.
Since the ”Law of Origin” was born
and awakened in the civilization of
Buddhism, it is necessary to dig
deeper and study the contents of the
law, the history of Buddhism, the life
of Buddha, and the teachings and
information that Buddha preached.
And it must be studied objectively and
used as a reference material. In addition,
there is also a case to do classify and
study the doctrines that Buddha preached.
That is completely different from
Buddhism’s “faith and missionizing issue.”
Faith is a matter of personal choice.
Its choice is entirely at the discretion of
each individual, which is different from
the main point of this site.
The purpose of this Site is to study
philosophy of religion scholarly and use
the study to build international peace
and establish personal happiness.

Another important point is that in
order to achieve international peace
and international cooperation,
we must work with many other people
of good thoughts and religion.
In that case, when it comes to dialogue
between different religions, it is true
that there is a “Difference” in thought
and doctrines in each religion. However,
I think it is important to overcome it and
talk with each other for peace and
coordination of society, country, and
international society where each other
coexists.

On the Importance of Dialogue
with Christianity

Also, when it comes to dialogue
between religions in order to realize
international peace or international
cooperation, I think in particular the
dialogue with Christianity will be
important.
Because Christianity has a history
of establishing the ethics and spirit
of Western civilization.
Christianity, has taken on the wing
of one side to establish today’s
Western civilization along with the
“western scientific spirit”, which
was originated in Greece and
developed after the Renaissance.
And I think that it is a historical fact
that it has played a role of the spiritual
support of Westerners. In addition,
I think that the role that Christianity
has played was large in forming the
foundation of today’s Democracy.

Even if you are not Christian, I think
that some of your family, relatives
and friends are Christians.
Also you may be Christians.
Speaking from the relationship with
the ”Law of Origin” that is described
in this site, even if you are a Christian,
if you take the prescribed actions that
I have told  you, the power of the Law
of Origin will be exerted and the power
of the goodness and good deeds of
the Christians will be further expanded
and strengthened.

In addition, even if you are not
a Christian, if you perform the
prescribed action (procedure), the
Law of Origin will expand and
strengthen the power of your good
deeds and support your life. And
that will have an immeasurable
impact on your society and the
international community.